A star-studded event took place in New Delhi. VETA (Versatile Excellence Travel Awards) at The Imperial, New Delhi in collaboration with Taiwan Tourism were held to honor the best in travel and tourism.

While addressing the event, Dr. Trust, Director, Taiwan Tourism Bureau said “This is our second time collaborating with VETA – the first was in Dubai, and now in Delhi and we hope that through such collaborations, we can create an interest in Taiwan resulting in 20% growth in tourism from India. We have 260 mountains that are higher than 3,000 metres, so it’s a mountain climbing paradise – fresh air and beautiful mountain resorts await the Indian visitor.” 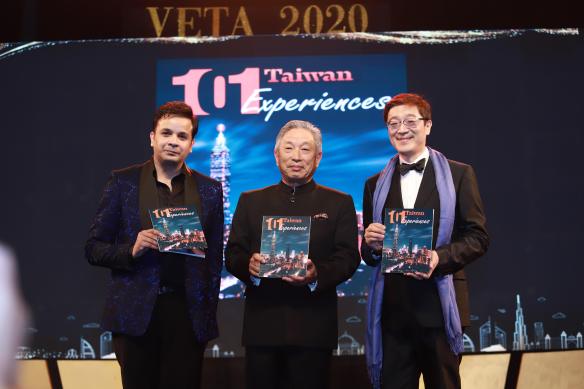 Sophie Choudry, the MC for the evening

Awards commenced by introducing VETA, TravelScapes and Taiwan by former MTV VJ and Bollywood actor Sophie Choudry through a short film on Taiwan highlighting the natural mountainous terrain. Woman entrepreneur of the year went to Ms. Priyanka Nijhawan from the Nijhawan Group and Ms. Jyoti Mayal of the Travel Agent Association of India. 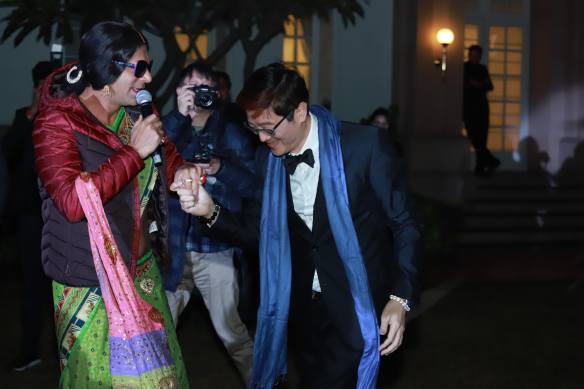 Comedian star and actor Sunil Grover also known as Rinku Devi and Dr.Mashoor Gulati, kept the audience cracking with laughter. Welcome Heritage Hotels won the award for the heritage hospitality and Jalesh Cruises won the award for India’s fastest growing cruise line. The award for best business hotel chain was given to Fortune Hotels and many others were awarded in different categories.

Food truck serving extravagant delicacies like dimsums and egg rolls on the lawns of the hotel along with wine and whisky. Mr. Varun Malhotra, CEO and Publisher of TravelScapes and organizer of the evening was seen interacting with Dr.Lin Trust, Director, Taiwan Tourism Bureau, and Taiwan’s Representative to India, Mr. Tien Chung Kwang, from the Taipei Economic and Cultural Centre. 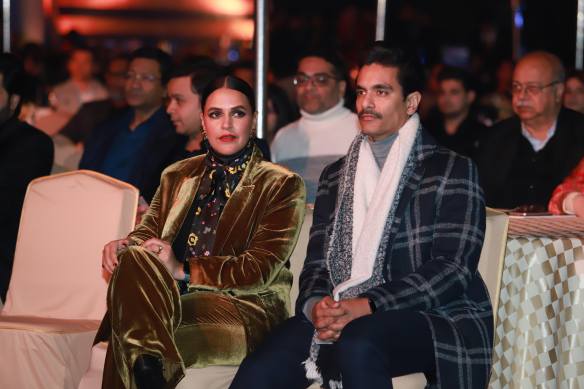 Event was a huge success and everyone was seen having a great time at this glamorous award night.